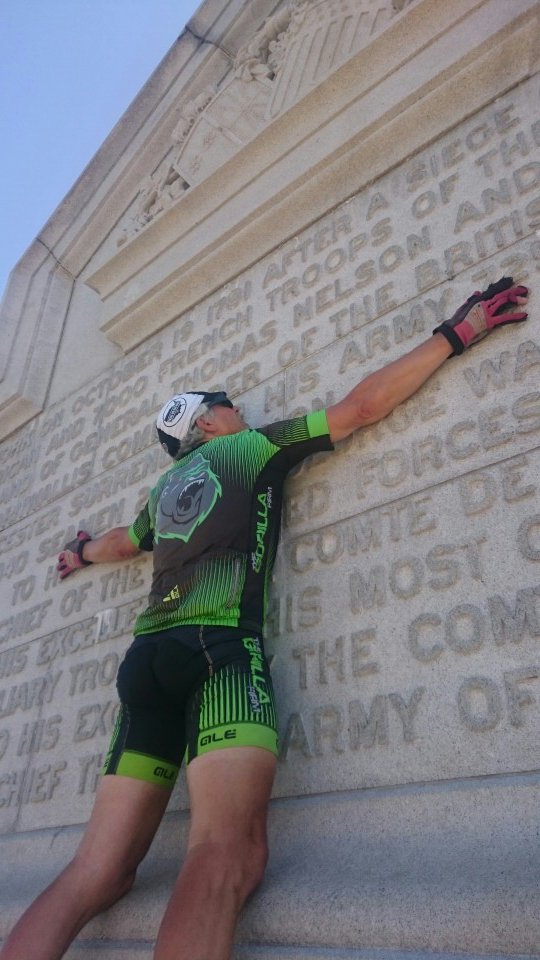 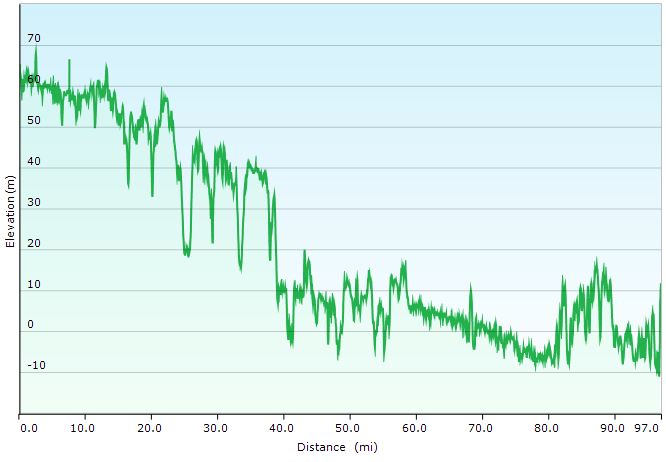 Right lets get this done, and I don’t mean the riding, this writing lark is tough 😉

Waking with a great sense of anticipation and nervousness I rolled into the cool night just after midnight, this cleared my head and brought the realisation that I had an abundance of time to get to the meeting point with Bill.   Riding through the metropolis of Mechanicsville around Richmond I was glad this was in the early hours, it looked like it could be so busy here in daytime. On the upside there were plenty of places open 24 hrs so with time in hand I stopped for an early breakfast and to top up on drinks ready for a non stop cruise to the finish. 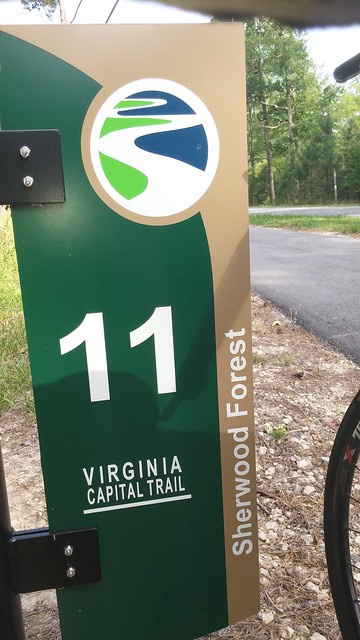 My meeting point was to be at the Old Dominion Outdoors which is the place where the route joins the Virginia Capital cycle trail just before Granville. This was not your normal multi-day race finish I was riding well within my comfort zone, no rushing or emptying the tanks finale, it felt good. It was great to reflect back on the whole trip and marvel at reaching this point with my body feeling bloody brilliant, no butt ache or sores, no hand pain. It was like the culmination of all the big trips before, all the lessons learned rolled together into making this possible.

The combination of the Kenisis Tripster with its more upright riding stance, a perfected bar position and Brooks Saddle had really soaked up everything leaving me to just enjoy the ride. Not forgetting the main reason I was still in the game though, without those low gears of the triple crank I would have been another addition to the achillies pain abandon club; shame those gears slowed me down so much hey 😉 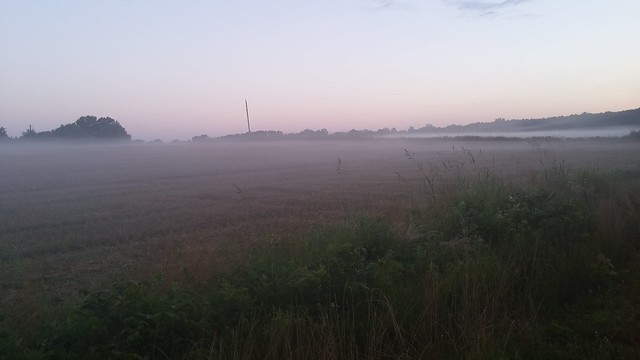 As the sun rose over the misty flatland’s of Virginia I approached the meeting point ahead of schedule just after 5 am and with no phone signal decided just to carry on. Thoughts of us chaotically missing each other filled my head, we hadn’t actually talked about the final approach and it could go horribly wrong. Becalmed by the fact that I was the one with the tracker and my hunter had speed and local knowledge on his side I dropped onto the Capital trail.

Now I hadn’t seen much talk of this part of the route and the Capital trail was a joy, a smooth ribbon of tarmac cycle path enabling your tired mind to just get on with pedaling without the worry of traffic. I imagined some of the faster guys shunning this and hammering head down locked in their TT bars on the road instead, chasing every last minute. I was so distanced from that genre right now and feeling on top of the world because of it, was I finally breaking the “competitive Mad Jack syndrome”. Taking the time zones into account this was the end of day 23 on the clock, if I arrived by 9 am it would be 23 days exactly. I liked the sound of a nice easy time for my old brain to remember, 23 days 1 hour now that would work, no rush, what freakin difference would trying to claim a sub 23 day ride make.

Approaching Charles City and a flashing light appears in the distance, and Bill appears having had a mini epic himself just getting out here. Having dropped his car at the finish and riding out at 2 am he’d suffered two punctures and had to go back for tubes, messing up the original meet plan.

It was great riding together chatting, I had expected this to be troublesome as I would have to avoid drafting and Bill would be super fresh and how would he cope with me crawling along. The Capital Trail made it easy and it was great to share stories and learn about the local area on the run in to the finish, ironic that I had ridden over 4000 miles to a place where the Yanks celebrate kicking us Brits arses. Bill thought he had spotted Anton and Amy on his ride but could not be sure, I really hoped that they could be there at the finish.

Dropping into Jamestown past the historic settlement you then hit the colonial highway which seems to weigh heavily in the memories of previous racers. It’s an old concrete section road with a pretty rough surface but the killer is the expansion joints a regular intervals between the slabs. I guess tired riders thinking only of the finish are at a breaking point that this section then just tips you over, me I loved it. The bike just rolled over this without fuss, it was only later when I checked my tyre pressures and found them at 50 psi did I appreciate why, maybe that’s a tip for budding racers, drop those pressures for this last 20 mile section.

It is a lovely relaxed section to finish on and rounds the busy Williamsburg without any fuss, with about 10 miles to go Bill hammered off to be in Yorktown for when I arrived, soon after there was a shout from a passing car and Ricardo from Poland was hanging out of the window cheering me on. 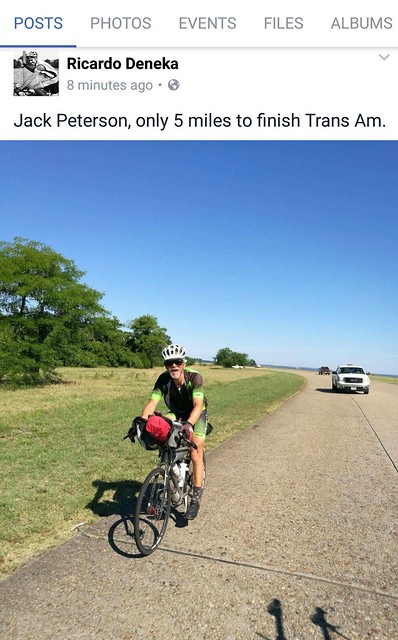 The final section takes you off the parkway into Yorktown and you have to keep your wits about you with the tourists wandering around at the beach fronts.  Then there it is, the monument, the final turn up he steps to face it. I’ve only gone and done it. Riding a bike across America in 23 days, now that’s just bat shit crazy. 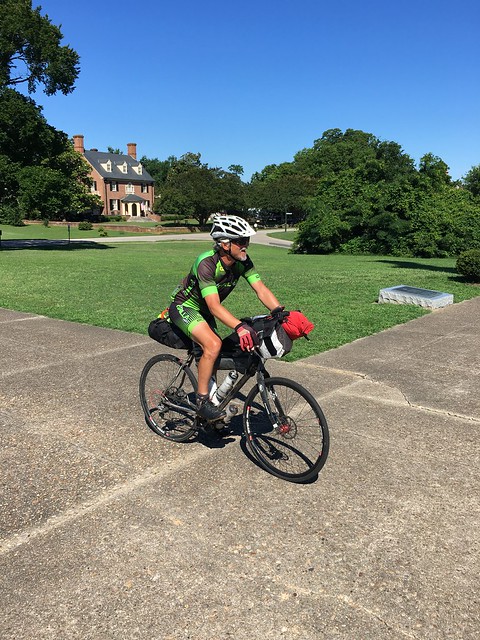 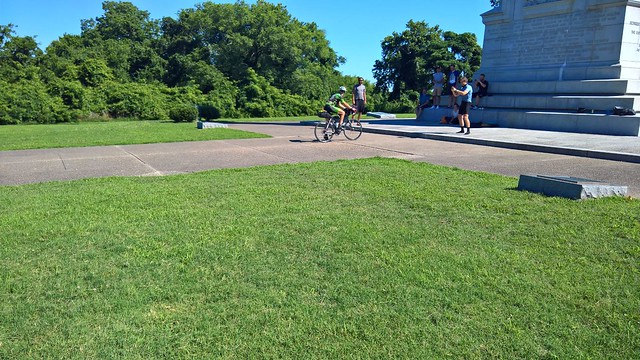 It was fantastic to see so many people there at the finish making it a real occasion, Anton, Amy and brother Max, Hippy, Ricardo and others I’m sorry to have forgotten. it was not as emotional as I expected, I really did expect to break down in floods of tears but with so much going on the emotions were fully distracted. Poor Bill was getting such grief off the whatsap group to live Facebook the finish that he didn’t actually get anything, but he made up for it by producing a heap of beer. Having said that it didn’t go very far with a load of celebrating TransAmericans to satisfy. Time filled with stories and some fizz, I recorded a video message to back home which is a great momento to watch back for me. 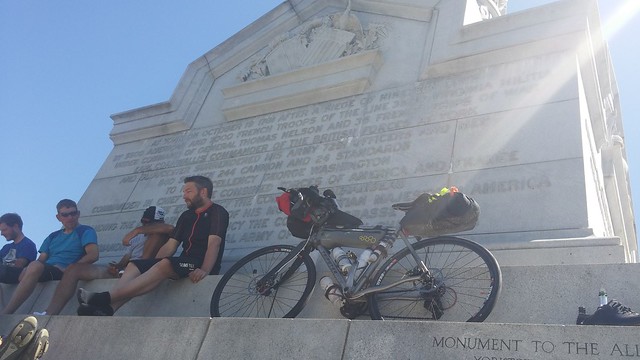 When it was all over and I was sure that all the right photo’s had been taken to celebrate the moment (no, should have done better) several of us dropped the short distance back into the Yorktown beach area where you can fill your face on food or Ben and Jerrys. The beer tasted sweet and finally the thing I had been most looking forward to, eating and drinking in full relaxation mode, smash all the clocks. The final thing was the dip into the Atlantic to complete the trip before the short drive back up the parkway to Williamsburg to begin the recovery.

No apologies for the lack of drama, it’s only riding a bike and if you stick within your limits and ride YOUR race you can do this. okay then there was one thing, the soles of my feet hurt so much for days afterwards, walking was no great fun. This ride changed my perspective on how my long distance riding is going to progress from here, looking forward to the next challenges.

So there you have it, how to cross America in 23 days and 50 minutes, what are you waiting for. Its a fantastic trip full of wonderful places and scenery and great people. 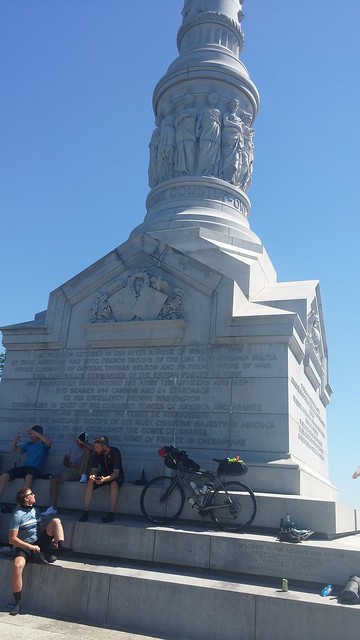 On arriving back at Bills place we both realised we had been up since midnight and went for a cool sleep, turned out after 12 straight hours I woke. After a brief drink I then dropped off again to rack up almost 24 hours of catch up sleep.  The Wednesday pub ride we had was fun and to hook up with UK time we found ourself going through the bar tap selection from 2 pm, that was a good session, there were some funky drinks on that rail.

People have commented on how thin my face had gotten through this trip, having bulked up a bit in preparation my weight dropped to a level I haven’t seen since my teens, I’d lost over 12lbs / 5KG  over the trip.

I had a great time around Williamsburg, with a mix of checking the historic sights and joining in with a local club ride back on the Capital trail. There was time to get back to the monument a few times to meet up with riders coming in, especially those from the pre-ride gang.  I even went back out for a long days ride, took a ferry to Scotland and racked up a 100 miles one day, mad for it. 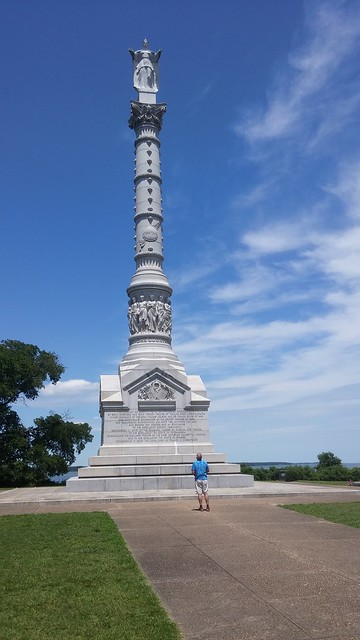 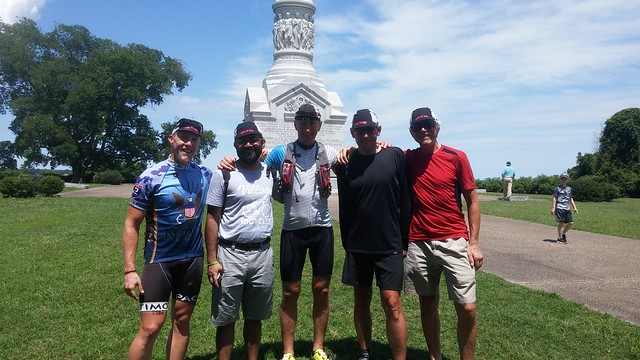 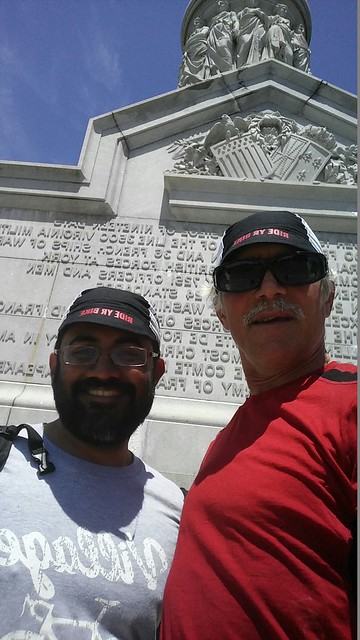 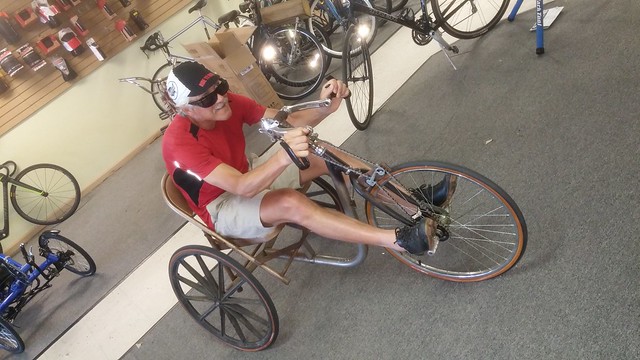 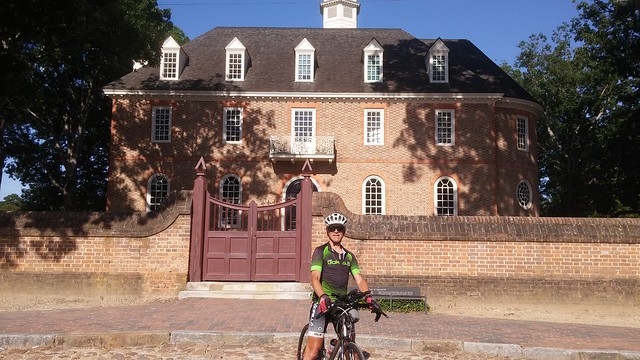 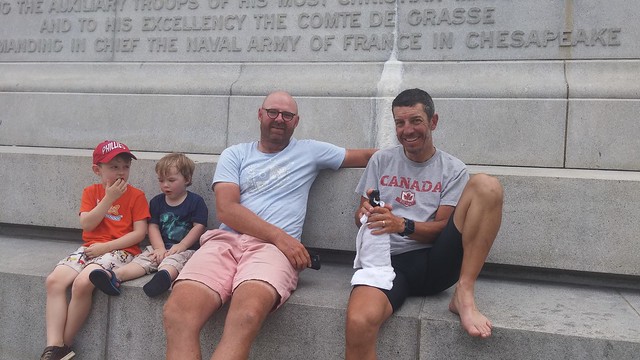 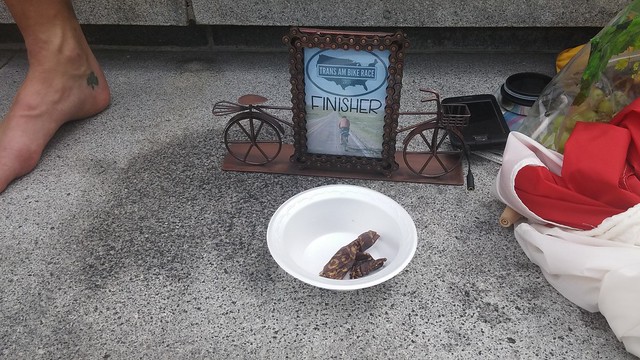