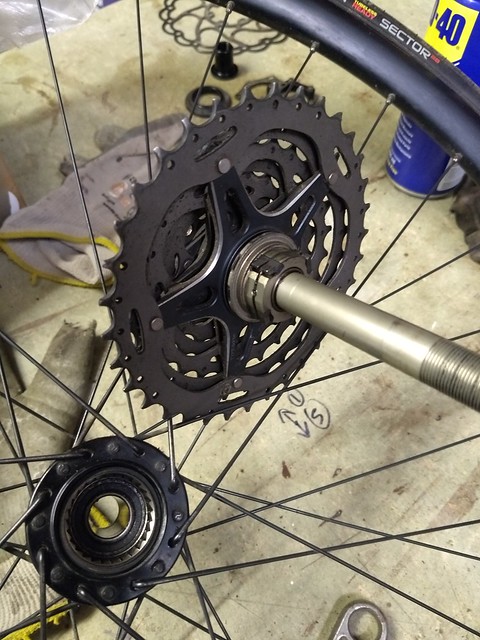 These wheels have ran true and trouble free for just over a year, I was suprised at the mileage when I checked on the Strava gear log, but then remembered i was running dynohub free for a while on the Tripster in the summer, and the Salsa went to Spain. These wheels have enjoyed a trip to Italy and produced many Watts of electric no problem.

That was untill one dark night in January when in the course of a single ride (admittedly of 255 miles) the rear started to crack and creak much as the original review –Hunt new wheels– and then on a smooth flat road there was an almighty bang from the front. First light showed that one of the spokes in the front had gone and it was slightly out of true.

Now this was disappointing as two other hand built wheel-sets from AJ cycles have both given me over 15000 miles trouble free service, all of them 32 spoke hubs: The spoke had broken at the hub flange. 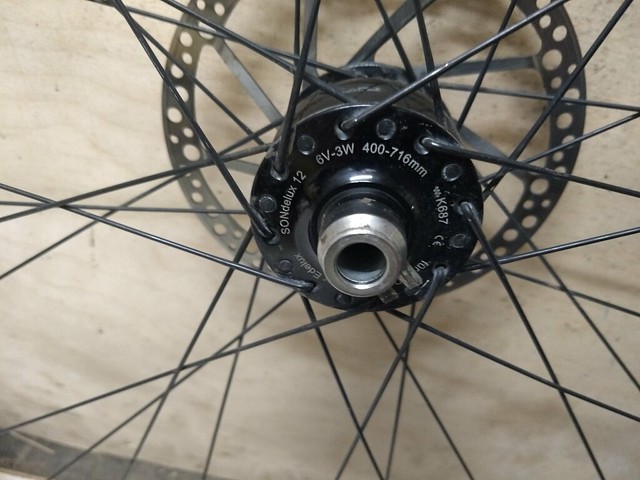 The wheels come with a spare spoke and nice spoke key, and fortunately it appeared to be the right size for the front. Replacing carefully to avoid losing the tubeless seal was no problem, and re-truing was no problem.

Now I’m thinking that a supply of spare spokes would be a good idea for future travels, so best contact Hunt to see if they supply them in small numbers.

Stripping the rear down is very easy, just unscrew the spindle, remove the nut from the disc side and pull the freehub complete with shaft and cassette straight off (top picture) The pawls and internals were perfect and still lightly lubed without grit, I think the noises were due to me finding the shaft only hand tight. On reflection this is probably the first time this wheel has been off the bike for over 4000 miles due to the bullet proof tyres. If you need to replace a spoke on the road during your travels then taking the cassette off is super simple, no special tools required.

Thanks to superb tubeless sealing, there’s a pair of Hutchinson Sector 28mm tyres on these that have been faultless on these wheels for 4300 miles. One repaired leak and barely a cut in the tread, they have been great. Sure there is the compromise of treading carefully in the wet as that hard rubber is not the gripiest, but for summer use, I’m sold.

Anyone else having spokes snapping on these wheels?

Credit where it’s due, Hunt supplied some spare spokes and a cap in a super quick response, so now I’m covered for this years adventures

One thought on “Hunt Superdura Dynamo wheels at 8500 miles”